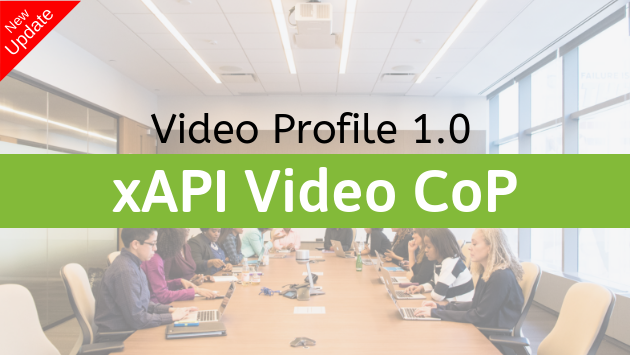 May 9th, 2019: xAPI Video Community of Practice is pleased to announce the release of Version 1.0 of xAPI Video Profile. This is first stable and production version xAPI Video Profile. We will update the contributors list and make any minor edits over next few days, but these edits will not effect the profile spec itself.

What is xAPI Video Profile?

xAPI also popular as Experience API or Tin Can API, is a specification developed by ADL (An initiative of US DoD to improve learning)  that defines how eLearning experiences, or data should be formatted, sent, received, stored and retrieved. It is an updated to the older SCORM specification, however, is a major shift in thinking as it bring eLearning out of the bounds of an LMS, and allows any online or offline learning experience to be recorded and analysed. The Experience API is currently being standardised under IEEE P9274.1.1 Working Group.

What is xAPI Video Community of Practice?

This is an open community started by Pankaj Agrawal (Next Software Solutions) and sponsored by ADL (An initiative of US DoD to improve learning). The goal was to develop a common way of tracking videos using the Experience API, that is accepted and adopted by all stakeholders using and producing videos.

The seeds of the idea of a xAPI Video Profile, started with the xAPI Design Cohort#2 in early 2014. Pankaj Agrawal participated as Team YouTube trying to enable xAPI tracking for YouTube videos on WordPress. The effort concluded with inclusion of xAPI Video tracking feature being included in GrassBlade xAPI Companion plugin for WordPress for easy tracking of videos including mp4, YouTube, Vimeo, etc.

The conclusion of this effort also started the new effort called xAPI Video Community of Practice to put together a community built specification that will be adopted by everyone intending to track video integrations using xAPI.The first meeting was held on Jan 21st, 2019.

After a period of about four and a half years, 43 meetings, and efforts from many individuals and organisations, we have the first stable release to see the light of the day.

So far the following companies/products have announced supporting xAPI Video Profile in current or future version.

There are many other organisations internally using xAPI Video Profile, or working on it.

I would like to thank all the participants and contributors to the profile. Special thanks to ADL and to Jonathan Mark Kevan (University of Hawaii at Manoa), Jason Haag (ADL & Veracity), Anthony Altieri (Red Cross), Patrick Selby (LexisNexis) and Mark Grant for their exceptional efforts in the group.

Since the inception of the Experience API, the GrassBlade LRS is providing

What is GrassBlade xAPI Companion and it’s Features? 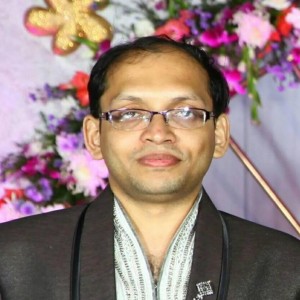 Pankaj is the brain behind the GrassBlade line of products and is founder of the organisation. He has been involved in the eLearning field for several years, and has been a working group member as well as an active contributor in the development of the Experience API, also known widely as Tin Can API.
All Posts

This website uses cookies to improve your experience while you navigate through the website. Out of these cookies, the cookies that are categorized as necessary are stored on your browser as they are essential for the working of basic functionalities of the website. We also use third-party cookies that help us analyze and understand how you use this website. These cookies will be stored in your browser only with your consent. You also have the option to opt-out of these cookies. But opting out of some of these cookies may have an effect on your browsing experience.
Necessary Always Enabled
Necessary cookies are absolutely essential for the website to function properly. This category only includes cookies that ensures basic functionalities and security features of the website. These cookies do not store any personal information.
Non-necessary
Any cookies that may not be particularly necessary for the website to function and is used specifically to collect user personal data via analytics, ads, other embedded contents are termed as non-necessary cookies. It is mandatory to procure user consent prior to running these cookies on your website.
SAVE & ACCEPT